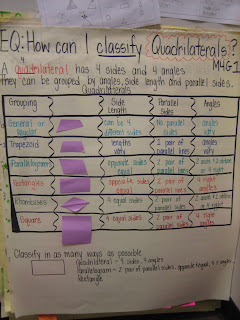 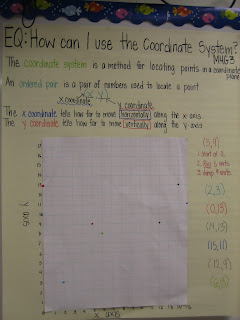 This anchor chart is on how to graph using the coordinate system. The students learned to graph ordered pairs by "running" down the x axis, and "jumping" up the y axis. You always have to run, then jump! 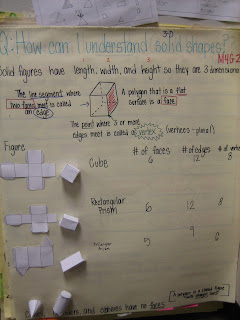 This anchor chart is on solid figures. Students need to be able to identify the number of faces, edges, and vertices in each figure. They should also be able to identify a figure by looking at a net. A net is the figure unfolded, as shown on the left hand side.
Posted by Mrs. Rathel at 5:18 PM

Mrs. Rathel
My name is Meghan Rathel. I am a fourth grade teacher at Holly Springs Elementary School. This will be my fourth year teaching, and I could not be more excited! I cannot wait to dive into the curriculum and help the students explore new concepts!